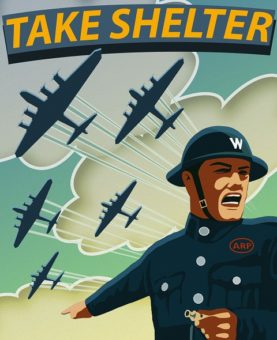 Barry Gooders and Alan Dart lived through wartime Brighton and have used that experience to help educate and inspire others, talking about our country’s history and helping new generations learn lessons from the past.

Barry was seven years old when war was declared. He was evacuated to Brighton from Thornton Heath and has lived here ever since. He was in the RAF and later became a teacher ending his career as Headmaster of Whitehawk School. He is now retired and married to Molly who was a pupil at Downs Junior School, the location of Take Shelter, during the war.

Alan was six when war was declared. He lived in Brighton during the war and attended St Marks school which was bombed. He had a long and successful career as a police officer in Brighton, is now retired and in charge of the historical artefacts at Take Shelter. Alan has a very detailed knowledge about the local area during wartime and does presentations for visiting pupils.

Take Shelter is a refurbished World War II air raid shelter at Downs Junior School in Brighton, hidden under the top playground. It’s shelter was constructed in the summer of 1939 and consists of a series of interconnecting tunnels made from pre-cast concrete panels approximately three metres below the playground and had a capacity for 300 pupils.

In 2015 a team of parents and staff members began to refurbish the shelter ready to open it again at the Brighton Fringe in 2016.

Since then the project has grown and developed. It is now open each May for the Festival, in September for the Heritage Open Days and also for school tours for years 5 and 6. The school tours happen throughout the academic year and in 2018-2019 Take Shelter was visited by 17 schools, totalling 1200 pupils.

The shelter is currently seeking funding to improve the entrance from a steep ladder, as it is at the moment, to a set of concrete steps.

Cracking on in wartime Brighton 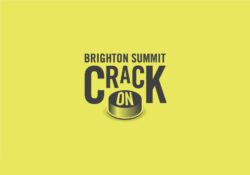